‘Articulating the mission’: Whitworth University’s new president comes from within after nationwide search 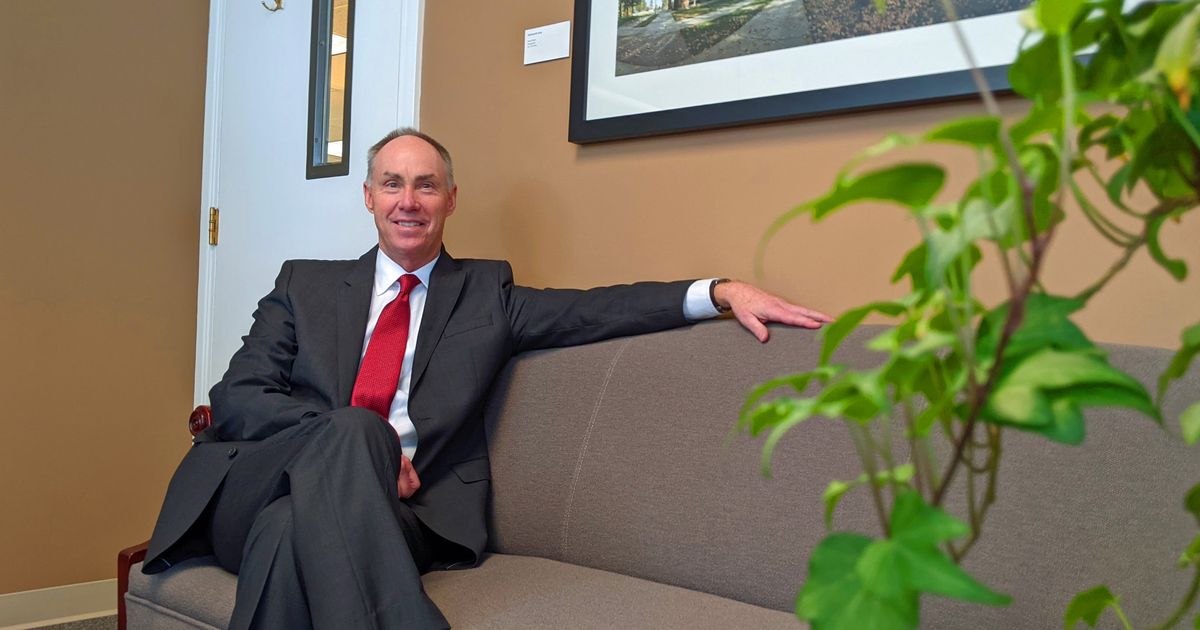 ‘Articulating the mission’: Whitworth University’s new president comes from within after nationwide search

the Group of 17 members, which formed in April, conducted a nationwide search that attracted more than 60 applicants. Ultimately, however, the committee turned to Scott McQuilkin, Whitworth’s vice president for advancement, who has served as interim president since June following the departure of former chairman Beck Taylor.

McQuilkin, whose roughly 34-year career at Whitworth includes a 14-year stint as the school’s athletic director, did not apply for the job, so as not to deter other potential candidates, at the both him and Brian Kirkpatrick, Chairman of the Board of Whitworth. , said.

Committee members, however, then approached McQuilkin when they could not find a suitable candidate from the existing pool, Kirkpatrick said. McQuilkin also eventually received unanimous support from the college’s board of trustees.

Kirkpatrick said there wasn’t a single reason the board didn’t end up with one of the nominees.

“In some cases, it’s their own personal situation. It might be a strong candidate, but they might decide to pull out for a variety of reasons,” he said. “I wouldn’t say that (all the candidates) failed to meet expectations.”

The Presidential Search Committee held a series of forums for members of the campus community over the summer to get a sense of what Whitworth was looking for in a new president, Kirkpatrick said.

Candidates ranged from college presidents to “newcomers”, he said, adding that the committee conducted about four rounds of interviews to narrow the field down to a small group of finalists.

“Even though Scott was always a very strong candidate, there was never any question of coming back to Scott later,” Kirkpatrick said. “It was about giving integrity to the process. We didn’t have him as a candidate and we stuck to that.

“Scott was excellent at not deducting or trying to become a candidate during the process,” he continued. “He’s done a great job as a temp so when we found ourselves without a date it was a time for us to say, now we’ve done a nationwide search…and now we can really take a look at Scott.”

His father’s career working for Smucker’s meant that his family seemed to move every few years and “live 20 to 30 minutes from an airport”. They eventually settled in Bellevue when McQuilkin was in high school, he said.

While McQuilkin said the university appealed to him as a Christian liberal arts institution with opportunities to play college baseball, he “largely came to Whitworth unseen”.

“Very quickly I reunited with some of my lifelong friends – and they remain my lifelong friends,” McQuilkin said. “Whitworth is the kind of place where, whenever I choose to retire, I can look back and say, ‘What a wonderful way I spent my adult life. ”

McQuilkin graduated from the Whitworth Class of 1984 and began his employment at the university in 1985. He and his wife, Janice, have three children who are all graduates of Whitworth University.

He was officially introduced as the university’s 19th president on Friday morning in a staff and student-only ceremony. He will officially assume the role full-time on Tuesday.

McQuilkin said he doesn’t know anyone who sets out to be a college president early in life. Likewise, he never really planned on becoming an athletic director or vice president for institutional advancement.

“But as those opportunities arise, when those conversations start, my practice has been to dwell on them, to assess and evaluate, to have conversations with Janice and people I respect. and who I trust,” he said. “In this case, the consequences of this are that I am in this position.”

His priorities, he said, include developing a five-year strategic plan for the university, which he hopes to have in place by early next year.

Others include the university’s ongoing fundraising project for a new $15 million physics and engineering building and welcoming the first batch of students into the physical therapy and physical therapy doctoral programs. Whitworth Occupational Therapy.

Despite spending more than half his life affiliated with Whitworth in one way or another, McQuilkin said he knows he will have to continue learning every day in his new role.

“I’m confident in my ability to articulate the mission, to talk about who we are and what we do,” he said. “And to lead from this position, I have to rely on 650 smart and talented faculty and staff. Whatever decisions I make will have to be informed by the good and smart people who work here, including the students.

Kirkpatrick added: “There’s a lot of excitement around Scott. We think he will do a great job and be a great president. We are happy with where we are.