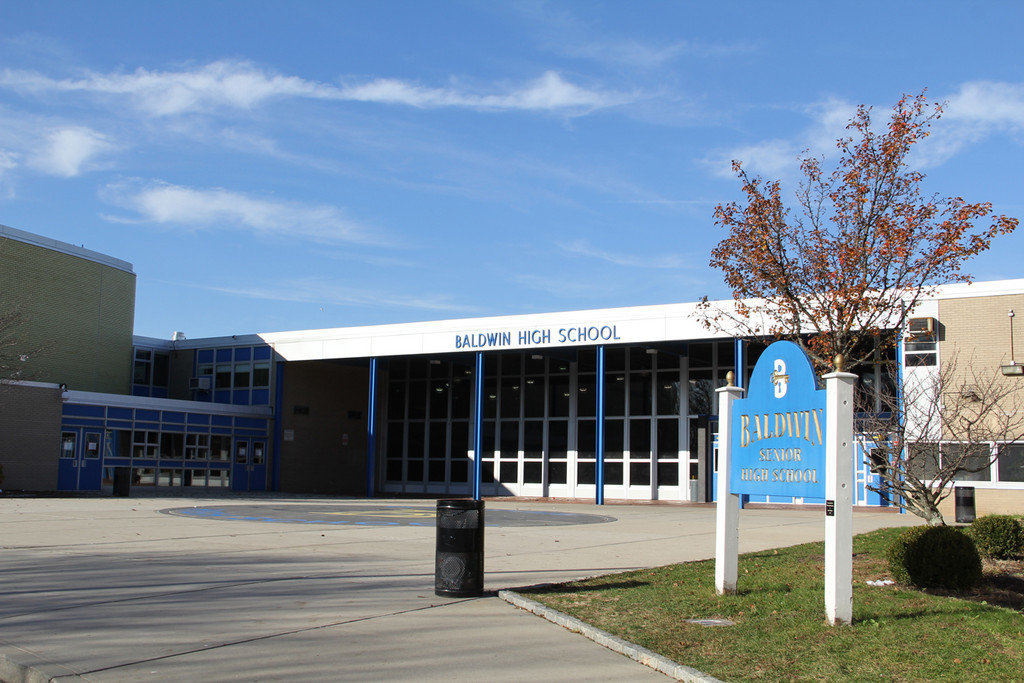 Maiya Adolphus, a senior at Baldwin High School, was named Junior Achievement of New York Student of the Year for the 2022-23 school year and awarded a $10,000 college scholarship.

Junior Achievement of New York is a leadership organization whose goal is to inspire and prepare young people to participate in a global economy.

“Junior Achievement New York has provided me with countless opportunities to build my confidence and allowed me to share my story with others,” Adolphus wrote in an email. “They also helped shape knowledge on business principles, so I feel more than ready to have a successful career.”

Adolphus added that she would like to start her career in a non-profit organization that helps implement biomedical planning in developing countries. It would allow her to help those in need, she said, while traveling and learning about new cultures.

“I have always been STEM oriented and hope to have a successful career in the biomedical field,” she wrote, referring to the field of study which encompasses science, technology, engineering and math. . “However, I discovered that I was also entrepreneurial. I would therefore like to take up a position that allows me to work in the commercial sector of the biomedical workforce.

Adolphus grew up in Georgia and New York, and she hasn’t decided where she wants to go to college yet. “I know I want to go to a school that will push me academically, as well as give me opportunities to be involved in the community and in STEM,” she said.

She was nominated for the award by her former business teacher at Baldwin High, Michele Leonardo, and competed against students from elsewhere on Long Island as well as New York and the Hudson Valley, who were selected in depending on the performance and character of the school. Candidates had a minimum cumulative grade point average of 3.0, an interest in entrepreneurship, strong leadership skills and a history of community service. They underwent a series of interviews and made presentations to a committee comprised of the JA of New York Board of Directors.

Principal of Baldwin High Neil Testa said Adolphus’ award was well deserved. “We are extremely proud of Maiya and her incredible achievement,” Testa wrote in an email. “She will not only serve as a great ambassador for JA New York, but also a shining example of what so many of our wonderful Baldwin students are continually accomplishing.”

According to the Baldwin Union Free School District, Adolphus is an honor student, co-chair of the high school leadership council, and varsity cheerleader. She is a leader of the school’s Global Business Academy, a Virtual Enterprise participant, and a member of the Business and Marketing Honor Society as well as Future Business Leaders of America. She is also involved with Girls who Code, Project SEED and Mercy Medical Explorers, and participates in the Science Olympiad. She works part-time as a cashier at her local McDonalds and also volunteers for the One Happy Hangout club, the Key Club and the Make-A-Wish Foundation.

Each year, Junior Achievement of New York selects a high school student from one of its associated schools as student of the year. The winner is considered the organization’s first student ambassador and is invited to JA New York fundraising events, including the Leadership Awards gala in November. The Baldwin School District has partnered with the organization for nearly 25 years. For more information, visit newyork.ja.org.