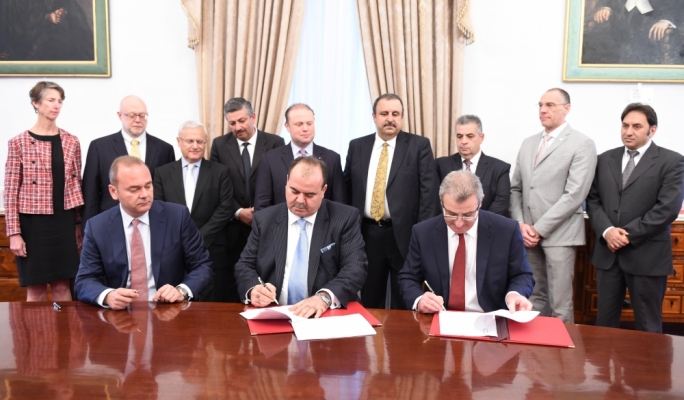 Opposition leader Simon Busuttil has called for the repeal of Legal Notice 150, the rules enacted to allow accreditation of academic institutions offering fewer fields in undergraduate and doctoral studies.

Busuttil was speaking in the House of Representatives, in a debate on a motion tabled by the opposition calling for the repeal of the legal notices.

“This legal opinion threatens the national, bipartisan consensus on education,” Busuttil said of rules that allow the National Commission on Higher Education to grant university licenses even on grounds of “national interest” .

“This exposes him to political pressure at a time when the government wants to grant a permit to a construction company to build its private ‘American University of Malta’,” Busuttil said.

He said Labor had lowered the standards adopted to ensure high quality education, allowing higher education institutions to offer a limited range of subjects before building a reputation that would pave the way for them. apply for a university license.

He explained how the legal opinion had devalued educational licensing standards, citing the new criteria for licensing a university:

Busuttil accused Evarist Bartolo of misleading the public by claiming that the new rules encouraged pluralism in the creation of academic institutions. “It’s not pluralism, it’s mediocrity,” he accused, saying the rules have never stopped new educational institutions from competing or applying for a license.

He accused the covert method by which the NCHE criteria were downgraded by legal notice, as a way to pave the way for Sadeen Group to build its private university. â€œThe Prime Minister said Jordanian University of Zonqor must be ‘world class’ – but why did you lower the standards of this world class university?

Busuttil suggested that the Labor government would abuse legal advice by ordering the NCHE to grant academic accreditation to institutions handpicked by politicians, on the basis of “national interest”.

The opposition leader said it was only recently that new vacancies in accreditation and quality assurance at NCHE had been published, and asked Evarist Bartolo to explain if any NCHE employees or board members had been subjected to political pressure and, as a result, had applied to resign.

â€œAll we want is better quality in our education sector, because that is what Malta and its students deserve. This legal opinion favors mediocrity over quality, imposition on consensus, â€said Busuttil.

“No one will be able to buy a university license” – Bartolo

Bartolo dismissed Busuttil’s accusations, insisting that no one will be allowed to purchase a university license and that only institutions offering high quality educational programs will get the grade.

He said that this legal opinion was published to reflect the modern reality of the global academic sector and had absolutely nothing to do with the AUM agreement.

â€œThe university sector has evolved at a rapid pace in recent years and will continue to do so,â€ he said, saying that specialized universities are on the increase and that a university as qualified as the Massachusetts Institute of Technology is not. would not have been allowed. to operate in Malta according to the old criteria.

He said 4.5 million students are currently studying abroad, the majority in India, China and South Korea, and that figure is expected to reach 9 million by 2025. More students from Nigeria , Turkey and Malaysia are expected to study abroad in the coming year, and more and more international students are opting for cheaper education – benefiting the Netherlands and the Balkan countries.

However, he warned that Malta can only seriously tap this market if it facilitates the issuance of visas from those countries, while ensuring that it does not open the door to frauds aimed at smuggling students under the guise of a university.

He added that the University of Malta should become more transnational and create joint ventures with other foreign universities. However, he said that would require a change of program, as international students attending these courses at UoM would not be interested in the programs focused on Malta.

He said the advent of the internet means that students can easily share their university experiences online, which means they can easily find universities that offer low-quality programs.

He insisted that he does not exert any political pressure on the NCFHE and that indeed some people employed within it criticize the Labor government in public, and that the legal opinion has nothing to do with it. see with the agreement of the American University of Malta.

He accused the previous nationalist administration of allowing the fraudulent Swiss-based “European University” to operate in Malta and trick young people into paying thousands of euros to receive a bogus degree, making comparisons with how a previous Labor government raised accreditation standards for English-language schools.

“Despite its small size, Malta manages to compete with giants such as the UK, Australia, Canada and Ireland in the TEFL sector, and attracted over 7,000 English speaking students last year,” did he declare. â€œWe know that such a reputation requires an appropriate regulator that maintains high standards.

At one point, Bartolo accused Busuttil of using partisan politics, during which Busuttil asked Bartolo if he was a “virgin”. Bartolo replied that the Leader of the Opposition should not use this word because “the deputies of your benches seem to be allergic to it”, pointedly referring to their outrage when Bartolo himself used the term to mock the PN .

Opposition MP George Pullicino questioned whether â€œJordanian University of Zonqorâ€ would have obtained a university license if the government had not published the legal opinion.

â€œJoseph Muscat said the Jordanian pseudo-university would be world class, but if it was really world class then why did the government lower education standards for its sake? Pullicino, said the PN education spokesperson. “This legal notice is a typical reflection of a mediocre and secretive government, which wants to sell all it can and cover up its mediocrity, this time hiding behind the smokescreen of pluralism.”

He accused the government of making the NCFHE â€œpuppetsâ€ and asked if the Commission consulted with stakeholders before giving the green light to the legal opinion in accordance with its legal obligations.

He quoted the Malta Teachers Union as saying that the legal opinion “gives a lot of weight to commercial potential at the expense of academic standards” and a statement from UoM professors who had expressed concern at the “lack of transparency in the process” .