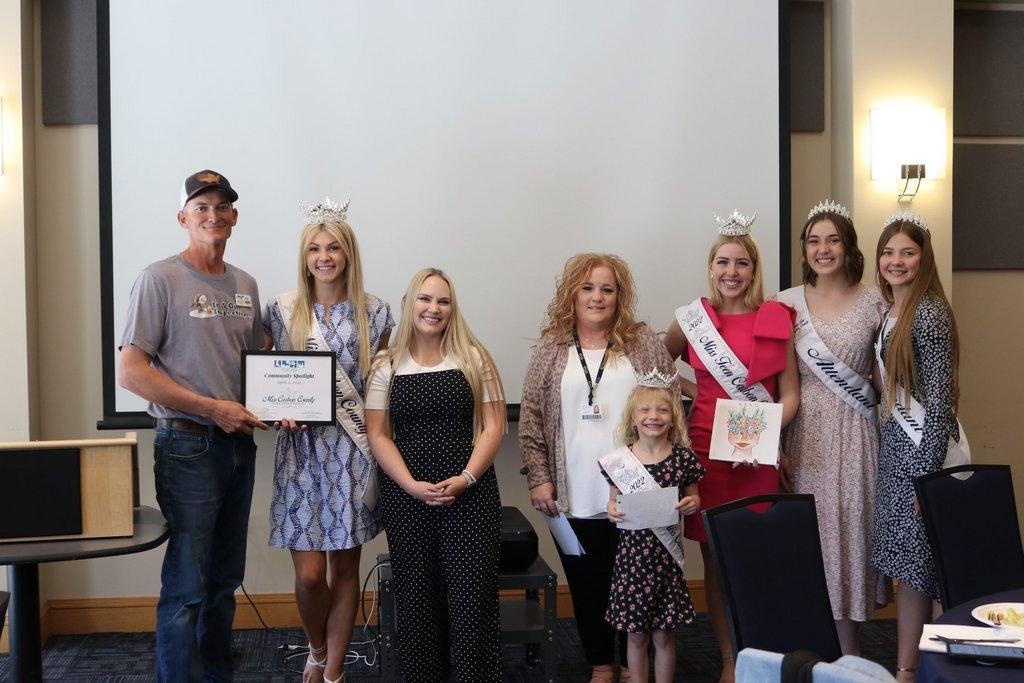 Historical reconstitution co-director Merilynn Denison Tubbs began by explaining that the main purpose of the contest is to provide scholarships and serve the community. Each member of royalty in attendance was asked to introduce themselves and their platform before explaining their favorite part of their year of service.

Miss Carbon County Peyton Anderson began the intro with his platform, “Look Before You Leave”. Her platform is based on the tragic accident that took place when she was 18 months old when her neighbor ran her over with his vehicle, leaving Anderson to learn everything over the next four months in primary children’s hospital. . Using Anderson’s experience, she wants to educate the community about safe driving.

Miss Teen Carbon County Ivy Beecher then took to the podium to describe her platform, “KIND,” which stands for “Kindness In Noticing Differences.” Beecher struggled with dyslexia at a young age, which resulted in a dent in her self-confidence. She has written and illustrated a book dedicated to diversity and inclusion in our community.

“I decided to write a book to prove that even though I have dyslexia, I can do great things,” Beecher said.

Mini Miss Persayis Kennington then stole the hearts of everyone in attendance by explaining that her favorite part of her job is serving the community and all the fun memories she has made with her royal sisters.

Miss Teen Attendants Tianna Peacock and Camryn Frandsen both told the crowd that their favorite part of holding a position of Carbon County royalty is being able to serve in the community with all the many people they have met along the way, including their royal sisters.

“We just want to thank the commissioners and businesses in the community for their continued support,” Tubbs said.

It was also announced that the Miss Carbon County and Miss Teen Carbon County orientation will be held on June 13 at Mount Harmon Middle School. During the event, all questions regarding the contest and position responsibilities will be answered. Orientation for Mini, Little and Junior will take place on July 6th.

Those interested in learning more should contact contest director Kylie Howes at (435) 650-6744 or visit www.misscarboncounty.org/become-a-contestant.html. Pageant day for Mini, Little and Junior will be on August 12, while the Miss Carbon County and Miss Teen Pageant will be on August 13.

“It’s an incredible opportunity for them to get out of their comfort zone,” Anderson concluded.