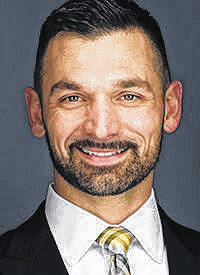 PEMBROKE – Several donors and supporters of the University of North Carolina at Pembroke gathered on Wednesday to recognize athletic director Dick Christy and his wife, Windy, for their dedication to campus and the community by surprising them with an endowed scholarship for future student-athletes named in their honor.

The Dick and Windy Christy Endowed Scholarship will fund one scholarship per semester with criteria to be determined by the Christys.

“Having donors come together to create an endowed scholarship in Principal Christy’s name speaks volumes about his dedication to the university and the community, the historic success of our athletic programs, and the unwavering commitment to excellence whose they witnessed during his tenure at the UNCP,” said UNCP Chancellor Robin Gary Cummings. “This scholarship will be one of many lasting testimonies of his leadership. a better way to recognize Dick and Windy’s impact at this university than to offer deserving students the opportunity to pursue an education.

Christy, a 21-year veteran in athletics administration, assumed the role of UNCP’s ninth director of athletics in May 2013 and has led the department to immeasurable heights in both arena sports and inside the classroom. The UNCP added 15 conference championships to its stable under his leadership, as well as 16 conference finals, and also recorded department-record weight averages in each of the last four years.

All 16 varsity sports found conference homes for the first time in school history under Christy’s leadership, with football becoming an associate member of the Mountain East Conference beginning in the 2020 campaign, and the remaining sports returning under the Conference Carolinas umbrella beginning in the 2021-22 sports season.

“Once in a while in life, you meet special people who inspire you by inspiring others and making a difference in all the lives around them,” said Don Metzger, longtime board member of the UNCP, which led the campaign for the endowed scholarship. “Dick and Windy Christy are two such people I had the pleasure of meeting.”

Christy’s tenure has also been marked by record giving and outside revenue efforts. Since 2013, department revenue has increased more than 30%, including a record year of donations and a 300% increase in sponsorship revenue over fiscal year 2012-2013. The department has also undertaken multiple community service initiatives, including the Braves Buddies program which partners with Pembroke Elementary to help elementary school students with literacy and fitness.

“Windy and I have felt at home since joining UNCP thanks to the unwavering support of our community, as well as the chance to work with some of the best people we have ever met,” said Dick Christy. “We are speechless and humbled by this gesture and cannot wait to see the impact it will have on the students.”

Donors and friends wishing to contribute and provide further support to help grow the Dick Christy Endowed Scholarship and change the lives of more student-athletes through education may do so by visiting the donation link at UNCP.edu/give/DickChristy.