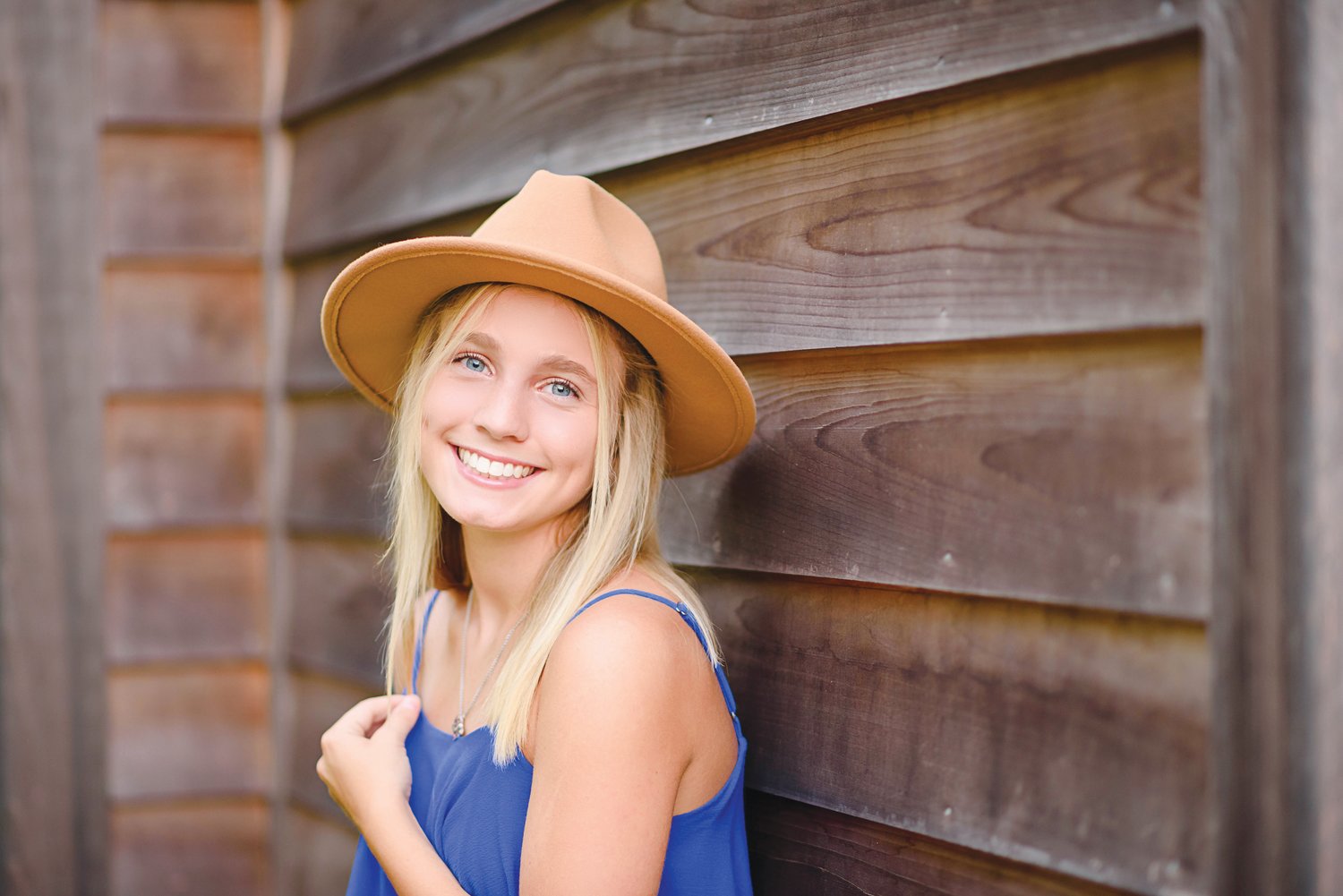 After coming through a pandemic and personal tragedy, Carleigh Gentry looks forward to a bright and hopeful future.

The Chatham Central High School senior was a finalist for the prestigious Morehead-Cain Scholarship. Although she didn’t receive the honor — that would have covered all expenses for four years of undergraduate studies at UNC-Chapel Hill — she forged some strong friendships in the process and still plans to s enroll at UNC next fall, where she will begin pre-pharmacy studies.

And this week, Gentry began an internship at Siler City Pharmacy, the first steps on her journey to a career in life sciences.

She comes through her devotion to science naturally. Gentry’s mother, Maria, is director of quality systems and compliance at Pfizer and her father had a long career in the pharmaceutical industry as a scientist, most recently working in the field of gene therapy.

He died of cancer last September.

“When I was in the hospital with my dad, I watched the pharmacists who worked with clinical medicine and new cancer drugs,” Gentry said in a Zoom interview. “It really spoke to me, and I decided that was what I wanted to do – either work in a hospital dispensing these drugs or work in the lab to create them.”

If science is in Gentry’s DNA, then helping people is in his heart. She spent most of her youthful years volunteering at the pantry at Meroney United Methodist Church in Bear Creek alongside her father, who was the pantry head for about eight years, a- she declared.

“Last December, I hosted the Carl Gentry Memorial Food Drive in honor of my dad on his first birthday in heaven,” she said.

The drive raised over $2,000 and thousands of cans for the pantry. The pantry used the money to purchase Christmas turkeys for underserved families.

“Doing the food drive made me really happy, because it made her first birthday without us meaningful, and the day was more cherished than depressing,” she said.

Gentry, who turned 18 last week, has a weighted GPA of 4.8. She plays volleyball and basketball and high jumps on the Chatham Central track team. She also finds time for leadership roles in student government, serving as chair of her school’s board of trustees, a position that taught her leadership lessons.

“I learned that to be a leader, you can’t do it alone,” she said. “You have to rely on everyone, and it takes a team to accomplish anything.”

If her role as president of her school has taught her leadership, the COVID-19 pandemic has taught her perseverance, tenacity and resilience. She also learned how technology can bring people together during difficult times.

“One of our main efforts during COVID-19 was trying to keep the student body engaged on the computers, and it was hard to keep everyone’s spirits up,” Gentry said.

One of the student body’s greatest tech feats has been planning for homecoming during the pandemic. The children held their planning meetings over Zoom and designed a hybrid ride home that was both in-person and live on the network the school uses to broadcast sports.

“The homecoming was outside on the football pitch,” she said. “We were spaced out and had a limited number of guests, but we also aired it for everyone.”

Growing up in a close-knit family, Gentry had to dig even deeper when her father’s illness and death followed the pandemic. She remembers sitting in her guidance counselor’s office, filling out college application forms and applying for scholarships shortly after her death. She doesn’t know how she did it – acknowledging the teachers and a guidance counselor for their help.

“My father passed away on September 6, 2021 and I had to return my documents for the Morehead the following week,” she said. “I had such an amazing support system that helped me, and I gave it back at the very last minute.”

Gentry counts among this support team Laurie Paige, a national developer for advancement through individual determination. She credits her AP teacher, Heather Brooks, for “helping me every step of the way through the difficult times of COVID and my father’s death.”

She also values ​​her guidance counselor Sandra Young, who helped her with college applications and Morehead-Cain scholarship paperwork.

Of her entire support team, Gentry says her mother is her role model and “the one person in my life that I really look up to.”

“My mom didn’t really have much when she was a kid, but she worked hard, starting at 15, graduating from college and raising my sisters and me,” Gentry said. “Today, his career and his work really motivate me.”

At a time when many teenagers like Gentry are dealing with busy schedules, high expectations and many losses caused by the pandemic, the anxiety runs deep.

Gentry, who is very organized, held her diary in front of the camera on her computer screen to show her schedule in March. Every day was filled with notes and appointments and that’s essential for him to keep up with his busy life.

“I have to practice time management and I learned to write everything down in my diary because if I didn’t I would get so anxious about it,” she said.

Gentry has learned to reach out to teachers, friends, and family for support and, in turn, supports friends who are going through the same things.

“I’ve learned that it’s helpful to tell someone when you need help and advice,” she said. “I’m not ashamed to say I see a therapist, and going from having everything buried inside to speaking up when I need support has helped me the most.”

Soon, Gentry will be saying goodbye to her high school friends and teachers as she prepares to enter Chapel Hill College. It’s a bittersweet time.

“I’m sad to leave my high school friends, but I’m looking forward to this next chapter in my life,” she said.