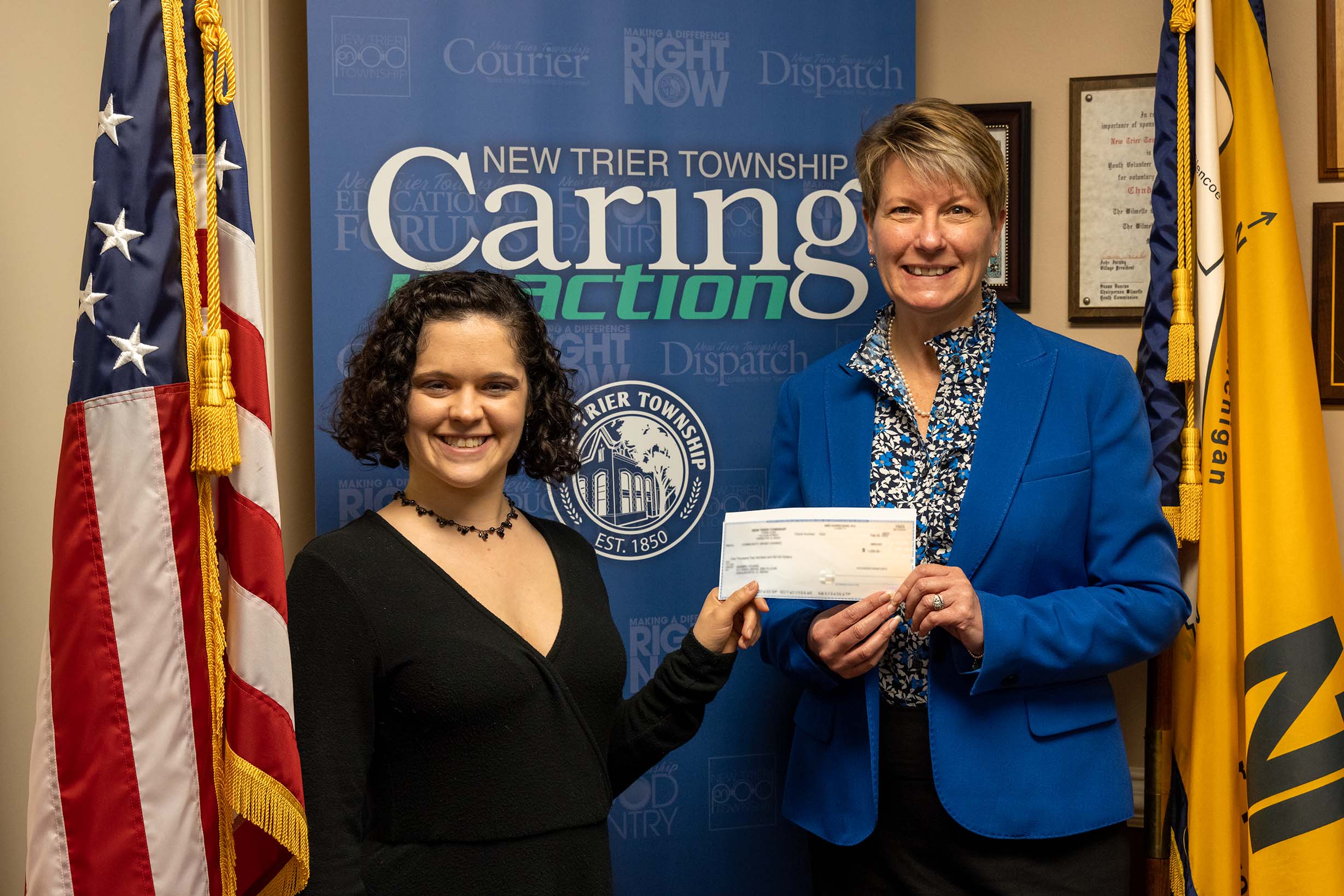 The New Trier Township Board donated $20,000 to the Oakton Education Foundation for scholarships for students at Oakton Community College.

According to a news release, the funds will be available to Oakton students in New Trier Township beginning next school year. Eligible students must have at least a 2.75 GPA and need financial aid to attend college.

Students from the New Trier area would make up 10.9% of enrollment at Oakton.

“Oakton is extremely grateful to Supervisor (Gail) Eisenberg and her colleagues on the New Trier Township Board of Trustees for approving a donation that will change the lives of residents in their community by removing financial barriers and empowering students achieve their educational goals at Oakton. Katherine Sawyer, Oakton’s director of advancement and executive director of the educational foundation, said in a statement.

“The community college system was developed in this country in recognition of the importance that higher education can have on economic mobility and the barriers to entry into traditional four-year institutions,” Eisenberg said in the communicated. “Research has shown that community colleges provide a significant increase in income for those who otherwise would not have attended university. The Council hopes to provide a transformative experience by launching this scholarship and plans to renew it next year.

Smith, a student at Highcrest Middle School, competed in the 2010 Jr. A division and tallied 38.8 points in all four events (floor routine, rope, hoop and ribbon). She also won first place in the hoop and ribbon competitions.

Smith is part of the North Shore Rhythmic Gymnastics Center in Deerfield.

“I had so much fun and all the training paid off,” Smith said in a statement sent to The Record. “My teammates have been performing amazing and we really support each other and it’s fun! We have great coaches at Nort ShoreRhythmic – Tonya and Natasha keep us going and focused, just like my mum, she’s the best.

The Kenilworth Park District was recently recognized by an international agency for its 2020 financial reports.

A Certificate of Excellence in Financial Reporting was presented to the district by the Government Finance Officers Association of the United States and Canada.

According to the association, the report demonstrated “a constructive spirit of full disclosure to clearly communicate its financial history and motivate potential users and user groups to read the report.”

It was the first time the park district won the award, according to district executive director Johnathan Kiwala.