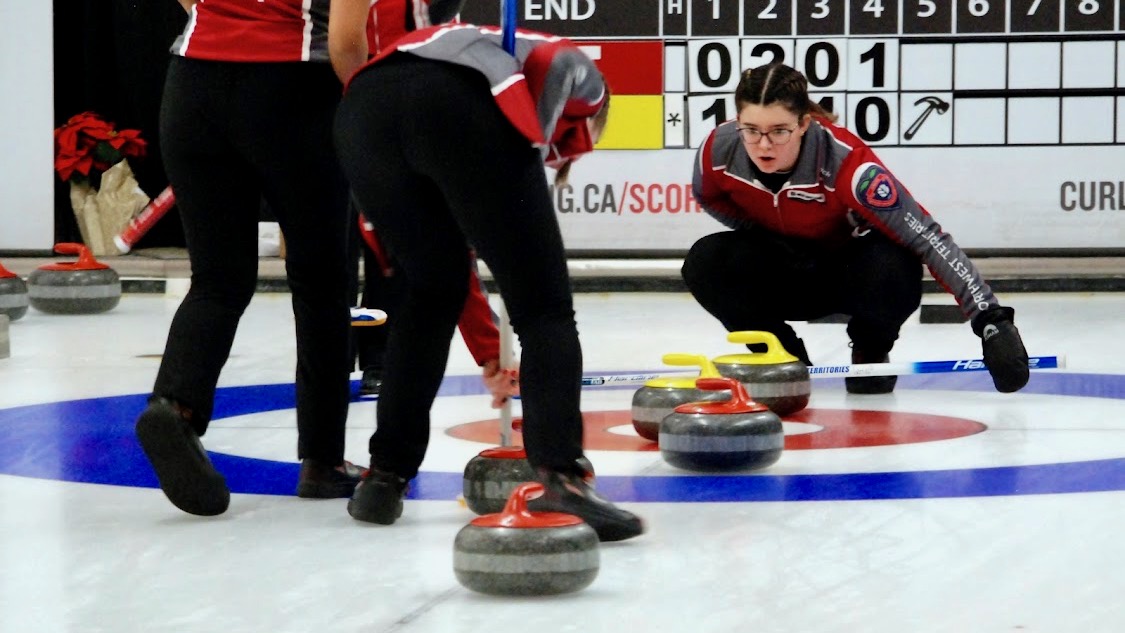 Cassie Rogers, a resident of the Northwest Territories, will receive a $2,500 scholarship from Curling Canada to help her complete an environmental engineering degree at the University of Waterloo.

Rogers, who started his freshman year in college in early September, has represented the territory at Canada’s national under-18 and under-21 championships.

She started curling at the age of nine in Yellowknife.

“The first big tournament I played in was the Arctic Winter Games Trials when I was in 8th grade. I really, really liked the competitive aspect of it,” Rogers said. at Cabin Radio last week.

“We didn’t do very well – I don’t think we won a game – but my team worked really hard. The following year we went to the U18 nationals and it was so much fun, with kids from all the other provinces and territories. I decided that was what I wanted to continue doing.

Nick Saturnino, president of the NWT Curling Association, said he believes Rogers was the first territorial recipient of Curling Canada’s For the Love of Curling scholarship.

This year, 11 out of 71 nominees were selected to receive the award.

“These are deserving recipients who amplify the values ​​of sportsmanship, community and integrity,” said Curling Canada CEO Katherine Henderson. in a press release announcing the recipients.

“Our sport is in good hands with these future leaders of the game.”

Rogers says the precision involved in curling keeps her coming back.

“You have to plan your shooting strategy so far in advance. I really like memorizing the whole strategy and understanding how my team and the other team are going to play, and how we’re going to play to our strengths and a bit to their weaknesses,” she said.

“I also like the community of this one. Everyone has always been super nice and my teammates are the best I could ask for. The ice rink at home really feels like a second home.

This penchant for precision may also have helped her move into environmental engineering.

“I hope to be able to return to the North for a while to work, not only in Yellowknife, but I hope to see a little more of the territory.”