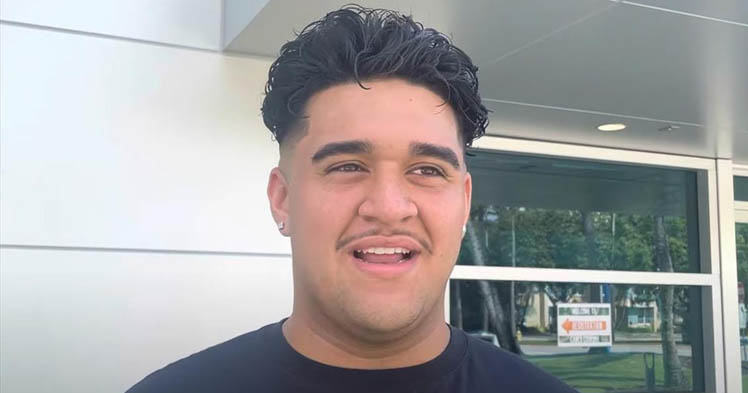 In the past month, a junior college hopeful Keyshawn Blackstock had become a priority target for staff, and now another has appeared in Australia Frankie Tinilau. A former rugby player, Tinilau currently plays for La Salle in Miami, Florida. Although he committed to Miami in April, Tinilau has shown interest in other schools, most recently visiting Florida in October.

However, he also said in a recent interview that Miami’s struggles on the field hadn’t impacted his commitment to the Hurricanes.

“A loss is never easy to take, but I’m confident in what I can bring to the U that will help turn the tide and ensure Miami never feels that pain again,” Tinilau said. “A lot of pieces of the puzzle are missing, but we have to trust this coaching staff to solve this problem. As pledges, we must do our part and help build this empire.

Listed at 6-foot-5 and 315 pounds, Tinilau currently holds a three-star rating in the On3 consensus. On3 ranks him first of four major sites as the 53rd-ranked offensive tackle in the nation.

Penn State currently holds commitments of 20 total players in its class of 2023 and ranks No. 12 overall in the country and No. 2 in the Big Ten. The Nittany Lions have 14 committed four-star players in the class.