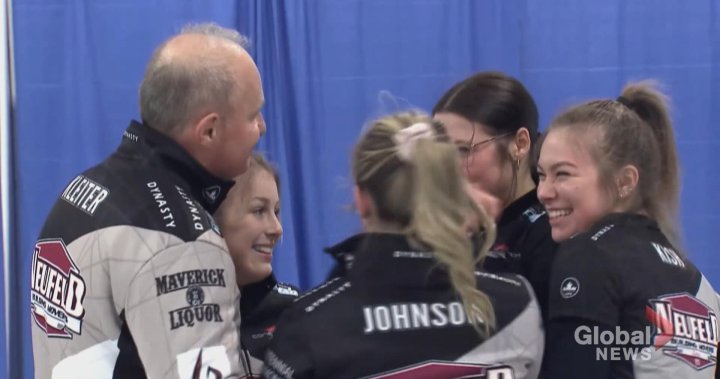 It may be the offseason on the pebble ice, but Madison Kleiter’s hard work and dedication to not only her sport but also her studies has earned her a prestigious scholarship.

Kleiter, 20, of Saskatoon, was one of six Canadian junior curlers named Spirit of Sandra Scholars by the Sandra Schmirler Foundation.

“I was pretty excited,” admitted Kleiter. “I mean I worked very hard on my scholarship application, but it meant so much to be chosen, to be part of the foundation, I’m very grateful for this opportunity.”

Since 2013, the foundation has offered scholarships to 60 junior curlers on the merit of being exceptional curlers, conscientious students and dedicated volunteers.

The story continues under the ad

“I think it just comes down to prioritizing your time and time management has been huge for me, just trying to adapt to curling and my school and my job, trying to juggle all of that,” he said. she explains. “I think being an athlete has helped me prioritize school and I always think the busier I am, the better for me.”

Scholars each receive a $5,000 scholarship and a chance to work with two world champion curlers, Cathy Overton-Clapham and Lisa Weagle.

An additional element to the scholarship, at the end of the 2023 curling season, the scholars will also award a $10,000 grant to a hospital for its neonatal intensive care unit (NICU) and Kleiter, a biomedical science student; already has a good idea of ​​where his money will go.

Corus Entertainment offers scholarship to U of R School of Journalism

“Jim Pattison Children’s Hospital is where I would put it,” she said.

The honor is doubly special for the Kleiter family as Madison is not the first curler from her household to receive this scholarship, her older brother Rylan was named a Spirit of Sandra Scholar in 2019.

“So, I told my parents, but I didn’t tell my brother right away,” she laughed. “I was like, I have to try to be humble about it, I don’t want to rub his face. But they were all as excited as me, my parents saw how hard I worked, so they were pretty proud of me too.