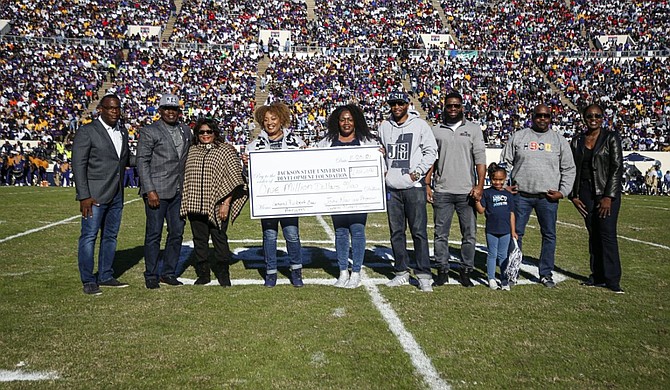 Crear majored in math and received his commission as an officer under the Army ROTC program at JSU. He served in the field in Iraq as the commander of the Task Force to Restore Iraqi Oil, an organization he created, trained and led in 2003. In 2005, Crear organized and served as the commander of the Task Force Hope, the US Army Corps of Engineers valued at $ 14.6 billion. recovery and restoration of infrastructure in Mississippi and Louisiana after hurricanes Katrina and Rita.

JSU inducted Crear into the JSU Alumni Hall of Fame in 2010. In June 2016, he joined the Army Inaugural Class of the National Reserve Officer Training Corps Hall of Fame and the Jackson State University ROTC Hall of Fame. Crear is also a current member of the JSU Development Foundation, Inc.

Crear is President and CEO of Crear Group LLC, a government relations and business development consultancy in his hometown of Vicksburg. He and Nau together sit on the board of directors of the Friends of Vicksburg National Military Park.

JSU will use the donation funds to award scholarships to students majoring in science, technology, engineering, and math, including those enrolled in JSU’s ROTC program.

Jackson State University recently announced the opening of its new Women’s Business Center, with a grand opening celebration slated for January 2022. The center, located in suite 332 on the third floor of the College of Business, will provide business services to women seeking federal contract. dollars as small businesses owned by women and economically disadvantaged small businesses owned by women.

Services are open to women who are U.S. citizens and who own and control at least 51% of a small business in the legal form of a sole proprietorship, partnership, limited liability company, S corporation or C corporation. Nonprofit organizations are not eligible, as are excluded or suspended businesses or businesses owned by excluded or suspended individuals. Businesses must operate primarily in the United States or make a significant contribution to the United States economy by paying taxes or using American products, materials, or labor.

All proceeds will go to the United Way Capital Region Disaster Recovery Fund, which supports families and communities in the Baton Rouge area affected by Hurricane Ida.