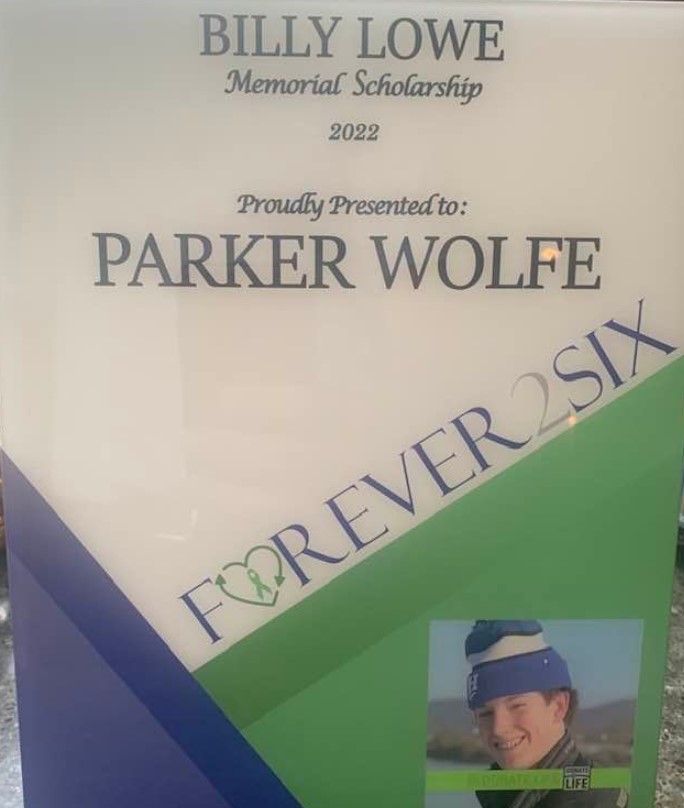 In honor of the life and legacy of Billy Lowe, Corning’s Parker Wolfe and Horseheads Keagan Winkky received the Billy Lowe Memorial Scholarship. As part of the Forever2Six Fund, Wolfe and Winkky obtained scholarships for their respective colleges which they will attend next year.

The goal of the Forever2Six Fund is to raise awareness of the importance of becoming an organ donor, which is what Billy Lowe became after his untimely death. The scholarship was awarded to two senior graduates who have the same qualities and traits that Billy possessed and was proud of. Both Winkky and Wolfe participated in varsity sports and held an honor roll GPA or higher.

Also, both Winkky and Wolfe are organ donors. The recipients were chosen by the Community Foundation on behalf of the Lowe family.

Wolfe will attend St. John Fisher College and major in nursing. She was a star on the Hawks women’s lacrosse team and a member of the volleyball program. Winkky will be heading to Nazareth College in Rochester for swimming.

Lowe, a lacrosse and hockey player for the Horseheads, sadly passed away at the age of 15 in 2020 while training due to a cardiac event. 18 Sports documented Lowe’s life and legacy in a feature earlier this year.

Watch the full story and learn more about how you can become an organ donor while preserving Billy’s legacy. Lowe’s story received the New York State Broadcasters Association’s News Report of the Year award.

Forever 26 – The Life and Legacy of Billy Lowe