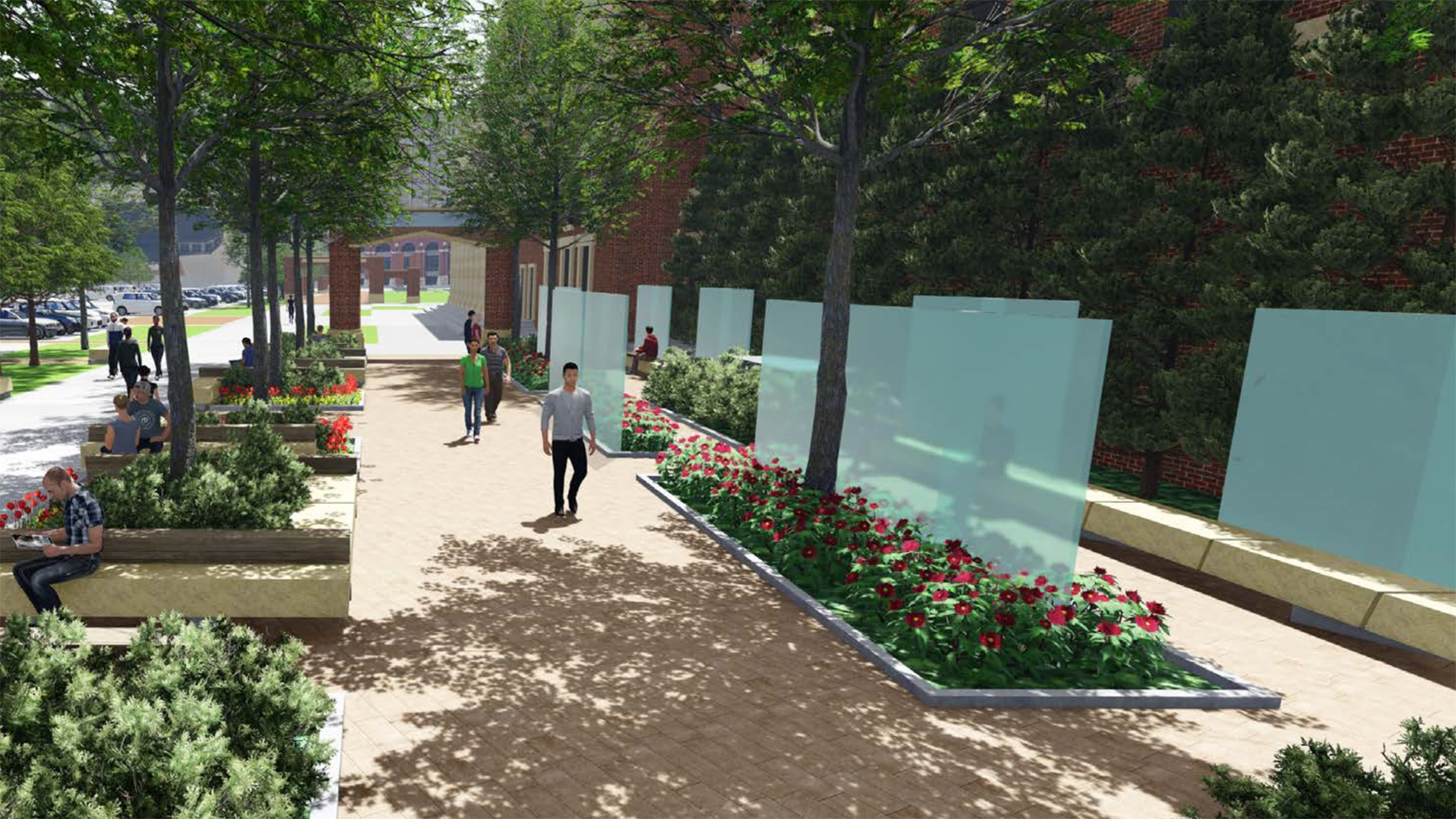 The University of Nebraska-Lincoln will celebrate the start of construction on its veterans tribute project with a ceremony on November 5 from 4 p.m. to 5 p.m. at the Pershing Military and Naval Science Building, 1360 Vine St.

The ex-combatant tribute project will create a reflection area along Vine Street, from the steps of the Military and Naval Sciences building to the Colosseum. The $ 3.75 million project is part of an ongoing, multi-phased upgrade to the mall immediately east of Memorial Stadium. This upgrade complements Memorial Mall and Memorial Stadium, both also built in honor of veterans.

The university has started fundraising for the project through the University of Nebraska Foundation. The goal of the project is $ 4.5 million, which will cover construction costs and create an endowment for the ongoing maintenance of the space.

In consultation with a veterans tribute committee, the university is finalizing the design of the project, which includes stories from veterans and their families for possible inclusion on site signs. Over 900 quotes were submitted for the tribute. All submissions – including those not selected for inclusion in the site design – will be held in university archives and special collections for future reflection and potential publication.

“The design of the project will be militarily neutral with no specific names of branches of service or individuals who served,” said Michelle Waite, assistant chancellor for government and military relations. “It will treat the military branches as one family, indicating that military service is universal, and illustrate the many multiple positive attributes of service in the military.”

The design will feature glass panels, similar to those featured in the U.S. Memorial to Lifelong Disabled Veterans in Washington, DC. CC The university’s signs will illustrate the many facets of a soldier’s life, including the importance of family, faith and companionship, while describing the personal sacrifice that military service entails.

The project will also modernize the entrance to the Pershing Military and Naval Science Building, reconfiguring the steps and concrete to create a chevron-shaped design (viewed from above). The updated space will allow for military and other ceremonies, particularly those of the university’s Reserve Officer Training Corps program. The steps leading up to the building will highlight engraved words that reflect what it means to serve in the military.

â€œThere will also be trees, seating and landscaping that will create a serene place on campus for reflection and memory,â€ Waite said.

The tribute space will be used for education, reflection, rest and study. It will also be a busy space as fans approach Memorial Stadium – which itself was built to honor veterans – during Husker football matches.

Bohac, a former Husker, said he and other veterans looked forward to the completion of the veterans tribute project.

â€œAs a veteran, I am especially pleased that the University of Nebraska-Lincoln continues to emphasize military service,â€ said Bohac. â€œIn this space, everyone can come and think about their own service and the service of others. It will be a place to learn, take a break and give thanks in any form.

The project was developed to complement the addition of plaques honoring university students who served in World War I. The plaques were added inside Memorial Stadium, at Gate 20, and unveiled during a 2018 celebration of the 100th anniversary of Armistice Day. .

A committee made up of more than 20 speakers representing university students, the campus ROTC programs, military organizations and veterans have developed plans for the tribute of veterans on Memorial Mall.

Donations for the Veterans Tribute Project can be made through the University of Nebraska Foundation.