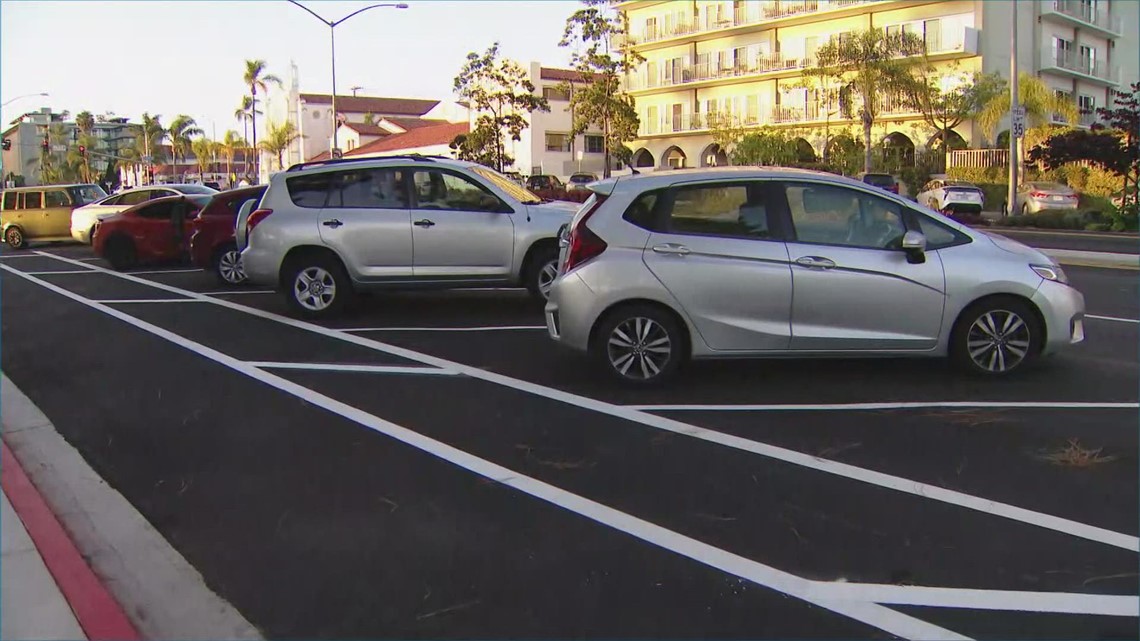 The city calls the new parking space “reverse angle parking.” Motorists are asked to back into the parking spaces located right next to the new cycle paths.

The City of San Diego said the “reverse angle” parking lot installed this week forces drivers to back into a parking spot next to new bike lanes.

This allows drivers to have a full view of the road when starting.

However, University Heights residents say the changes are causing traffic. There are no safe places to park for the elderly and it also creates danger for drivers and cyclists.

“We’ve lost a lot of parking spaces, we have a lot of people depending on those spaces,” Frank Kary said.

Crissi Ferguson and Frank Kary say what was done on the streets created danger.

“You could have someone backing into the parking spaces far away and you get hit,” Jim Manner said.

People here say the bike path isn’t just a concern for cyclists and motorists. But also for the elderly who live nearby.

“Older people who have cars and people who come to visit them with cars, we need this parking lot if anyone is listening to Mayor Gloria, put it back the way it was, it wasn’t broken now, it’s broken,” Michael Sylvia said.

A total of 88 parking spaces and two traffic lanes have been removed on this street to make way for protected bike lanes.

People say there was not enough notice or input before making this decision.

“The concern for us is the lack of awareness to make that decision impulse and it just keeps repeating itself over and over again in downtown Mira Mesa, Point Loma, it’s just that people feel they don’t are not engaged,” Wahlstrom said.

Matt Wahlstrom, president of Uptown Planners, the local community planning group, was on hand to hear from the community. He says he is worried and says the only way things will change is if it comes from the mayor’s office.

Area residents say they hope for something like Goldcoast Drive in Mira Mesa, where the city of San Diego has removed bike lanes due to the confusion it has created.